With many thanks to Steve Pake, who originally wrote this post on his website. You can find his previous story of his 4 year long fight to reclaim his body after cancer here.

By far, the biggest physical challenge I’ve faced after cancer, is that of chronic fatigue. After months of being poisoned almost to death by harsh chemotherapy drugs, irradiated trying to nuke cancer cells out of existence, or having our bodies ripped apart and then sewn back together, our bodies are just plain tired. They take a beating fighting cancer, there’s tremendous amounts of healing and rebuilding that needs to be done, and all of that requires a lot more rest. I went from being just fine on 6-7 hours of sleep per night before cancer, to needing at least 9-10 hours after. Anything less, and I would struggle badly throughout the day. My stamina also plummeted, and I had to very carefully balance the amount of physical activity in a given day, or else I’d simply run out of gas. This wasn’t an easy thing to manage while trying to live the best life that I could after cancer, while keeping up with my busy family of four!

A year or two after my cancer fight, and long after the pain from surgeries and various complications had finally subsided, I took notice of another type of fatigue. I realized that I had continuous low-grade aching and burning throughout my body that I never felt before cancer, and that it never really went away. Everybody thought I looked great, my hair and color had returned, and I had managed to lose a bit of the weight that I had picked up, but only I could feel this low-grade aching and burning in every single muscle in my body, and my continual struggle for energy despite the years that had passed. I never felt like I had anything more than a half tank of gas for the whole day, no matter how well rested I was. My body felt like it had aged at least 30 years, and I was formally diagnosed with chemotherapy-induced peripheral neuropathy by my GP. My oncologists told me that my neuropathy symptoms had improved to as good as they would get by this time, and that there was little hope for further improvement. I refused to accept that, and went to see my “other doctor.”

My wife just happens to be a neurologist. She commonly sees older patients who might have had cancer a few times, some of whom have neuropathy problems so bad that they can’t even stand or walk anymore. I was horrified. My wife encourages her patients to exercise, as that encourages nervous system regrowth and repair, but it’s a slow process that can take a long time. Few of her patients comply. I did.
For the next few years, I dedicated myself to a near daily program of exercise. I walked, or ran, or did whatever I could do on a given day. I gave up going out to lunch with my co-workers, as lunch was the only time I could truly exercise and push myself. It took everything that I had to get going in the mornings, and I was too exhausted from my day to exercise during the evenings. Progress, if you could call it that, was slow. It seemed like I was going nowhere, but I was happy for whatever incremental gains in strength and stamina that I could pickup. I’d wanted to give up so many times, but exercise always made me feel better, and there was no way in hell that I was going to spend the rest of my life feeling like an old man. I was a determined Scorpio on a mission.

Some tips. Our bodies have been through complete hell fighting cancer. Listen to what they’re telling you, and give them the rest that they need. Respect their limits, but keep pushing for more. Be patient, but persistent. Never give up, never lose hope, and find the support that you need, especially from other cancer survivors who know exactly what you’re facing. Never underestimate the resiliency of our bodies to heal and recover. Our bodies are amazing, but need prodding and encouragement! Give that to them. Most of all, never stop believing in yourself.

I could never run more than a few blocks without having to go down to a walk, until one day I could. Then I could never run a full 5K in better than 30 minutes, until one day I was able to do it! Then, I couldn’t do that consistently, until I could. I never could have imagined a time when I’d be able to exercise hard 5 days per week and feel fully charged each day, until today that I do! This progression has taken years, and not months as it might have for normal people, and might not have ever happened had I stopped believing in myself and quit! 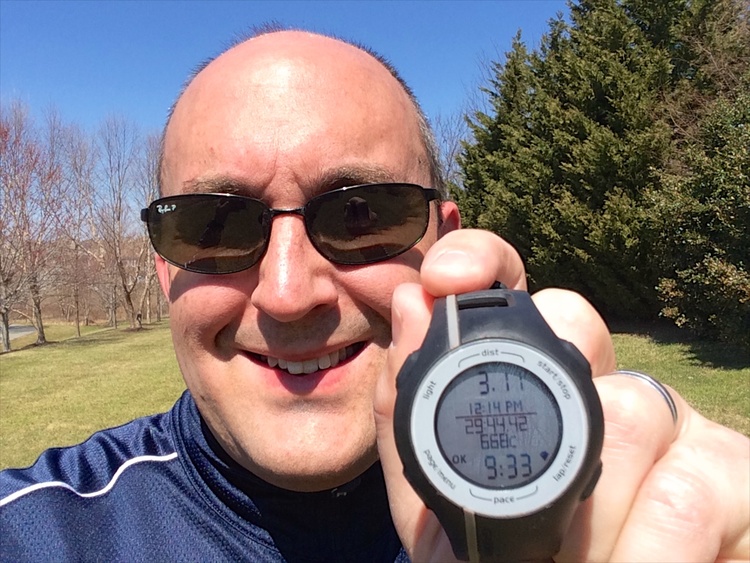 April 1st, 2015 was the first time I was finally able to run a 5K in under 30 minutes, after over two years of pounding the pavement. I was so happy that I cried, as it represented the heavy chains of post-cancer fatigue coming undone, and physical freedom and energy that I hadn’t had in years.

Five years after my cancer diagnosis and after so much hard work pounding the pavement and hitting the gym, I finally feel 30 years younger, and have all of the energy that I need again. I’ve been so happy at some of these milestones that I’ve cried, just being able to do something simple like jog behind my kids learning to ride their bikes, after a busy full day. I can see clearly now how my body has slowly but surely been coming back to me after all of these years. I couldn’t be happier, finally having my rightful youthful energy back again, and having my confidence back knowing that I can do whatever I set my mind to. Never give up, and never stop believing in yourself. Cancer knocks all of us down, but keep getting back up. 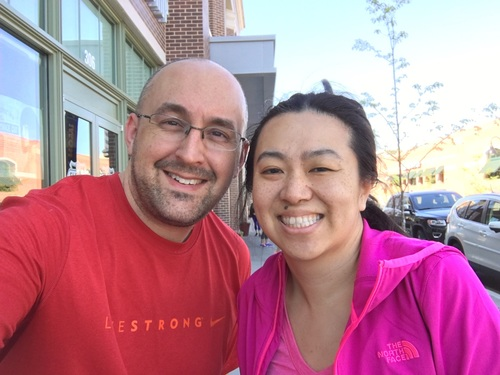 All charged up from a workout at our local gym on a beautiful Sunday morning in the Spring of 2016, and ready for the day!

Login to Untire
Reset Password
Enter the username or e-mail you used in your profile. A password reset link will be sent to you by email.